Hong Kong, 20 July 2020: The history of Hong Kong and the circumstances that have resulted in the territory’s new national security law were the subjects of an online presentation delivered by our Senior Partner Colin Cohen.

Colin discussed Hong Kong’s turbulent past, from the Opium Wars to the 1997 Handover and on to the recent civil unrest which has resulted in Beijing’s attempt to restore stability via the legislation implemented on 30 June. His large audience comprised members of the Abraham Society, a UK-based discussion group which convenes twice a week for talks on a wide range of topical issues and current affairs.

His PowerPoint presentation was followed by a Q&A session in which he fielded queries about the territory’s past, present and future. In line with his recent blogs on the subject, Colin reiterated his view that the national security law is wide in scope, thus giving the authorities flexibility about how it will be interpreted and how rigorously it will be enforced. He told viewers that only in the coming weeks and months will we know the full scale of its impact.

Abraham Society committee member John Sueke commented: “It was a fascinating presentation about the history of Hong Kong and the events that have led up to the national security law being implemented. We are grateful to Colin not only for his talk but for patiently answering the many questions that followed. Our members really enjoyed the session.” 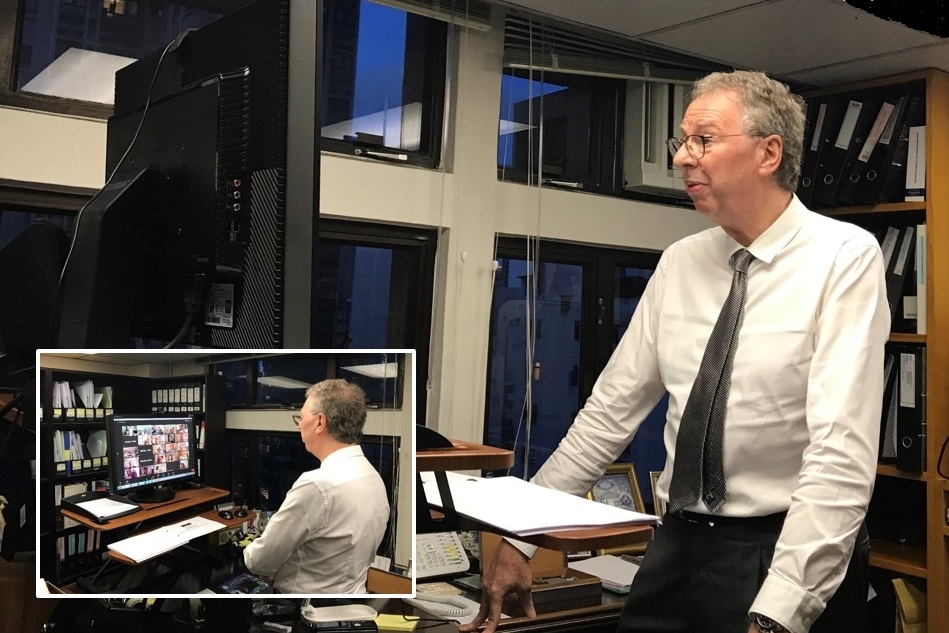 Colin Cohen addresses members of the Abraham Society from his office in Hong Kong.

Game of chance for unhappy campers

Hong Kong, 12 May 2021: Who didn’t love Monopoly when they were growing up? Many a rainy afternoon was passed in the Cohen household playing the popular board game, vying with my brothers and friends to become London’s biggest property tycoon while bankrupting everyone else. It was cutthroat and devoid of sentiment. If you were […]

Vicarious liability: what next for Hong Kong?

Hong Kong, 5 May 2021: There is a wall-mounted plaque in the BC&C office of which we are particularly proud. It was presented to us three years ago by the Mission For Migrant Workers in recognition of our assistance over the course of three-plus decades. Specifically, my long-time colleague Mel Boase has dedicated much of […]

Hong Kong, 28 April 2021: More than 10,200 people have been arrested since mid-2019 in connection with the anti-government protests, according to official updates presented to the Legislative Council. Around two-thirds of them are under 25. This is not just a heartbreaking statistic, it’s a lost generation. Last month, I highlighted in this column a […]

Employees and vaccination – a complex issue

By Henry Siu Hong Kong, 27 April 2021: Can an employer fire a member of staff for refusing to be vaccinated against Covid-19? This is an increasingly common question as Hong Kong’s mass inoculation programme enters its second month and the government ties the easing of social distancing restrictions in the F&B sector to a […]