Hong Kong, 2 January 2020: A group of talented teenagers in southeast England have embarked on the latest stage of their football adventure thanks to the continuing generosity of Boase Cohen & Collins.

Starting out as Glebe U14s and then appearing as Bromley FC at U15s and U16s level, the players won three league titles in the Kent Youth League. Now playing as VCD Athletic U18s in the highly competitive Samba Youth League, they are seeking to maintain their strong run.

“We are delighted to be sponsoring this group of players for the fourth season running and wish them every success in 2020,” commented BC&C Senior Partner Colin Cohen, an avid football fan and keen amateur referee.

“As a firm, we have always been strong supporters of youthful endeavor, both within the legal profession and beyond. These young men are learning lessons that go further than the football pitch and give them the confidence and self-esteem to succeed in life.”

VCD Athletic U18s team manager Danny Harris was thankful for the firm’s continuing support. “Without Boase Cohen & Collins, it would be difficult for us to field a team, so we are grateful to Colin and his colleagues for their generous assistance,” he said.

“These boys have been together as a team for some years. After representing Glebe and Bromley, the opportunity arose to step up to the next level in the colours of VCD Athletic. Having Boase Cohen & Collins as our shirt sponsor has allowed us to keep the nucleus of the team together and give them a chance to continue their footballing journey.”

Not that the players have had too much chance to show their quality so far, as Danny explained. “It’s been a frustrating season as bad weather and flooded pitches have resulted in several postponements. We’ve played just a few cup matches and only two league games while some of our rivals have already played eight times in the league. It means our games will come thick and fast in the next couple of months but it’s all part of the learning curve for these players.”

VCD Athletic are a semi-professional football club founded in 1916, during the First World War, as a company team by employees of the now defunct Vickers armaments factory. The club’s first team play in the Isthmian League. 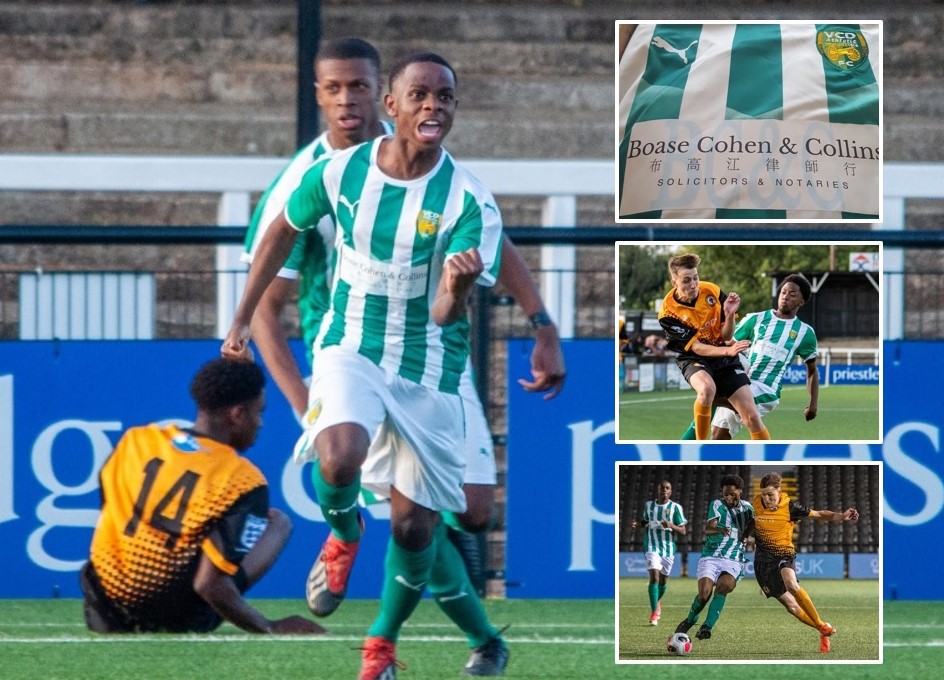 A reminder about wage obligations

By Alex Liu Hong Kong, 29 November 2022: The impact of Covid-19 on Hong Kong’s economy has been underscored by media stories about firms failing to pay wages on time and falling behind with pension fund contributions. But even in these difficult times, the government has made it clear employers are expected to meet their […]

BC&C duo are admitted as Solicitors

Hong Kong, 28 November 2022: There were scenes of celebration outside the High Court in Admiralty on Saturday as Nicole Chong and Kyle Ho became the latest talented legal professionals with Boase Cohen & Collins to be admitted as Solicitors in Hong Kong. Family, friends and work colleagues were on hand to share their landmark […]

Doha, 23 November 2022: Brazilian football icon Pele popularised the phrase “the beautiful game” – o jogo bonito in his native Portuguese – although its exact origin is unclear. He had every reason to love his chosen sport: one of the finest players of all time, he won the World Cup on three occasions. His […]

By Gabriella Chan Hong Kong, 17 November 2022: The staging of an acclaimed play, We Are Gay, at the West Kowloon Cultural District’s Xiqu Centre last week coincided with another landmark moment for Hong Kong’s LGBTQ+ community. While the drama – a highlight of the 2022 Hong Kong Arts Festival – was being acted out […]

Hong Kong, 10 November 2022: We are pleased to welcome experienced lawyer Gabriella Chan to Boase Cohen & Collins as a key addition to our Family Law team. Gabriella, who joins as an Associate, is proficient in a range of matters arising from the matrimonial context, including divorce and separation, children and financial applications, committal […]