When the world is our office

Hong Kong’s status as a major business and trade hub means law firms in the city have to be international in their outlook. Boase Cohen & Collins Partner Alex Liu explains how the firm achieves this through its membership of global legal services organisation Ally Law.

Hong Kong, 25 February 2020: It is an astonishing statistic that Hong Kong has less than 0.1% of the world’s population yet accounts for 3% of global trade. Our city ranked seventh among leading world traders in 2018, according to the Trade and Industry Department.

Our city’s standing as a global business and trade hub is reflected in the fact that all the major international law firms have a presence here. The challenge for local independent firms such as Boase Cohen & Collins is to be able to offer similar services – that is, assisting clients with their international legal and business needs – while staying true to our roots and serving the community from which we sprang.

The answer lies in our membership of Ally Law, a global network of more than 70 independent law firms in some 50 jurisdictions, which combines international reach with local knowledge. Firms refer cases, queries and myriad other legal and business matters to each other for handling. The system is smooth, transparent and free of expensive overheads.

The organisation has its origins in the International Alliance of Law Firms, which was formed in 1990 before being rebranded as Ally Law almost four years ago. Many of our firms have worked together for years and have formed close relationships built on trust and high standards.

Ally Law is divided into three regions – the Americas; Europe, the Middle East and Africa; and Asia Pacific. My colleague Colin Cohen, a past President of the organisation, currently chairs the Expansion Committee and has overseen a 30 per cent increase in member firms since 2015. The aim is to continue this trend while maintaining strict standards of performance and compliance.

Membership is not open to any law firm, Ally Law only invites first-tier firms from any particular jurisdiction. There is a clear set of rules regarding service standards and operating procedures and firms are subject to constant re-evaluation.

Continued growth in Asia Pacific is a key goal, which is excellent news for our clients with regional business interests. Ally Law has added five new firms in this region in the past two years, including the fast-evolving markets of Indonesia and the Philippines, and is now actively seeking new members in Laos and Cambodia, among other jurisdictions.

The benefits to member firms are obvious, namely generating more business through referrals and, indeed, the value of these has increased by 109% in the past seven years. But the real winners are clients with cross-border business requirements. It is a huge help to them when we can recommend legal assistance in a particular jurisdiction without them having to source it themselves.

Ally Law’s featured service areas include Employment, Litigation, Mergers and Acquisitions, Intellectual Property and Information Technology, Trusts and Estates, and Tax, but practically all legal services are offered. For example, at Boase Cohen & Collins our core practice areas include Dispute Resolution, Criminal Law and Matrimonial Law, all of which sometimes need multi-jurisdictional expertise.

Another benefit for clients is the opportunity to interact with member firms and key business figures at the AGM and three Regional Meetings that are held each year. The AGM always features a Client Conference and some 45 corporations attended last year’s gathering in New Delhi, with Chief Legal Officer-level participation.

We were delighted to host the Asia Pacific Regional Meeting last October in Hong Kong. Despite our city’s well-documented social issues, we welcomed a record number of delegates who enjoyed a packed programme of events. The conference, held at the Conrad Hotel in Admiralty and themed “Hong Kong: Legal Excellence, Business Vision”, was attended by almost 90% of member firms in the region while Ally Law firms from Europe and the Middle East were also represented.

We arranged three discussion panels, focusing on family wealth protection, Hong Kong’s role as an attractive listing and fundraising venue, and the merits of arbitration versus litigation, with a diverse range of speakers from Hong Kong and overseas. These sessions attracted positive feedback from the significant number of clients who attended.

Recognition of the work done by Ally Law has come from legal rankings directory Chambers and Partners, which has awarded our organisation Band 1 status under Leading Law Firm Networks. It is a significant achievement given that Chambers is renowned for its integrity and neutrality when compared with other legal listings, many of which promote paid-for rankings or fail to conduct thorough research.

A major report issued last November, “Legal Services Global Market Opportunities and Strategies To 2023”, forecast that the global legal services market would grow from US$766 billion to US$986 billion over the next four years. Clients in major financial centres such as Hong Kong will be expecting more from their legal service providers. The onus is on us, as lawyers, to meet their needs. 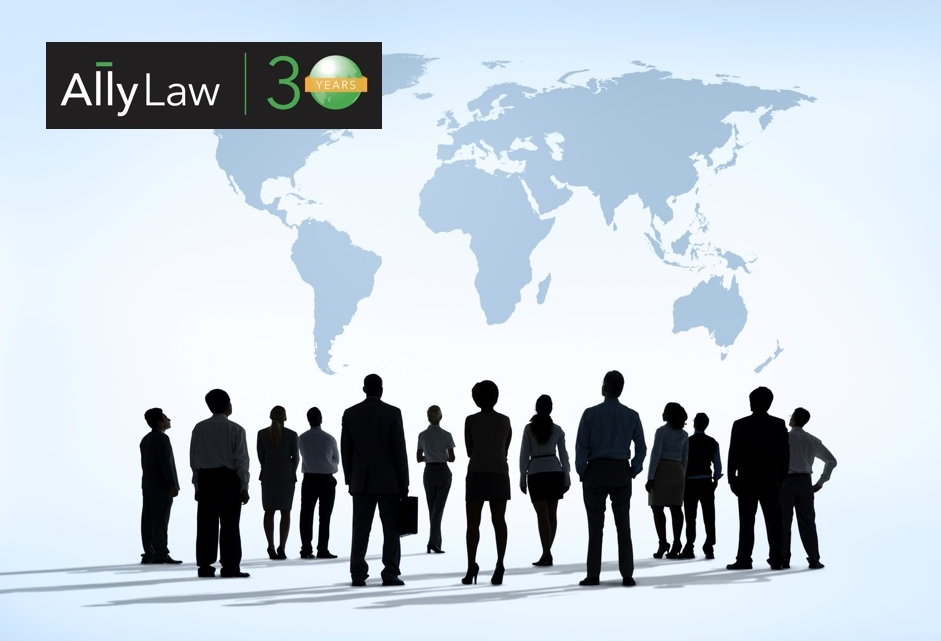