The safeguards that serve HK’s children

As Covid-19 hammers the economy and disrupts daily life, so it is exacting an emotional toll on families and placing vulnerable children in even more danger. Boase Cohen & Collins Partner Lisa Wong examines the legislation protecting minors.

Hong Kong, 30 July 2020: In releasing its annual report last weekend, the charity Samaritan Befrienders Hong Kong warned how the resurgent coronavirus wave was putting citizens at greater risk of mental health issues. Tougher social distancing measures would add to the strain on families already stressed out over health fears and the economic damage being wrought by the pandemic, said the organisation.

It almost goes without saying that vulnerable children are among those most at risk. School closures, the pressures of online learning, lack of routine, being cut off from friends, isolated with adults who may have financial and emotional difficulties – all are causes for concern. As early as mid-April the Hong Kong charity Mother’s Choice was reporting an 80% increase in calls to its crisis hotline as well as higher demand for its residential child care and foster services.

Amid these warnings, it is worth examining the child protection safeguards that are in place in Hong Kong. The territory has been a party to the United Nations Convention on the Rights of the Child (UNCRC) since 1994 and has remained one after the handover in 1997. The Hong Kong government is therefore committed to protecting the rights of children, even though the UNCRC has not been incorporated into the law here.

There are four guiding principles of the UNCRC. These are the principle of non-discrimination (Article 2), the best interests principle (Article 3), the right of survival and development (Article 6), and the right of participation and inclusion in respect of matters affecting them (Article 12).

In compliance with the UNCRC, the “welfare” principle previously used in our legislation when considering matters regarding children has been changed to the “best interest” principle, which is now adopted by the Court in considering applications regarding children, as can be seen in the Guardianship of Minors Ordinance (Cap. 13) and the Adoption Ordinance (Cap. 290).

There are no clear guidelines or definitions provided in the UNCRC as to what constitutes “best interests”. However, according to the recommendations issued by the United Nations, the term broadly describes the well-being of a child, which is determined by many factors and individual circumstances.

There are several pieces of legislation in Hong Kong which aim to protect children, while government departments and welfare organisations have also imposed measures and guidelines. As well, the Judiciary plays an important role.

The key legislation for safeguarding minors in emergency situations is the Protection of Children and Juveniles Ordinance (Cap.213) (the “Ordinance”). Section 34 empowers the Juvenile Court, on its own motion or upon the application of the Director of Social Welfare (the “Director”), or any person authorised by the Director, or any police officer, upon being satisfied that a child or juvenile is in need of care or protection, to appoint the Director to be the legal guardian or commit that young person to the care of a relative or any person willing to undertake the responsibility.

The Juvenile Court can also order the parent or guardian to enter into recognizances to exercise proper care and guardianship, or place the child or juvenile under the supervision of a person appointed for the purpose by the Court for a specified period not exceeding three years. As well, the Court can include requirements in the supervision orders such as to giving due consideration to the wishes of the parent or guardian in relation to residence and medical or surgical attention or treatment.

According to Section 34 (2) of the Ordinance, a minor in need of care or protection means a child or juvenile:

The Ordinance also confers certain powers to the Director in relation to the protection of children and juveniles in the circumstances where the minor is likely to be endangered, or in need of care and protection, such as to detain them in a place of refuge or hospital, or to intervene and take actions in cases where they are believed (a) to have been bought into or about to be taken out of Hong Kong by force, threats, intimidation, false presences, false representations or other fraudulent means, or (b) to be in the custody or control or under the direction of another person and is or is likely to be exposed to any danger of seduction or prostitution or is likely to be exposed to any moral or physical danger. In these circumstances the Director may inquire into the case and take appropriate actions, such as to require the custodian to produce the minor before formally making an order with the Juvenile Court.

The Director also has power under the Ordinance to enter any vessel, house, building or other place to search for the child or juvenile who needs care and protection or is endangered. Further, the Director is empowered to hold any inquiry necessary and to require relevant persons to attend such an inquiry, and to require the child or juvenile to be produced to undergo medical or psychological assessments.

The above powers enable the Director to act immediately in the protection of children and juveniles. In order to effectively exercise his or her powers, the Director also has a reporting system and published guidelines to government departments, NGOs, the Hospital Authority, schools and relevant personnel of other organisations about what they should do if they suspect a child or juvenile is being or possibly being harmed or maltreated.

Apart from the above, there are other pieces of legislation and measures aiming to protect children which we cannot cover in this article. Any persons who are concerned that a child or juvenile is being harmed or maltreated should report the matter to the police if the risk is imminent or, if not imminent, seek help from an experienced solicitor or relevant professionals for advice as to what should be done which would best serve the interest of the child.

A Partner with Boase Cohen & Collins since 2014, Lisa Wong’s key practice areas include Family Law, Divorce and Separation, Child Custody and Financial Application. She is Secretary of the Hong Kong Family Law Association, Treasurer of the Hong Kong Collaborative Practice Group and a qualified mediator. She can be contacted at lisa@boasecohencollins.com. 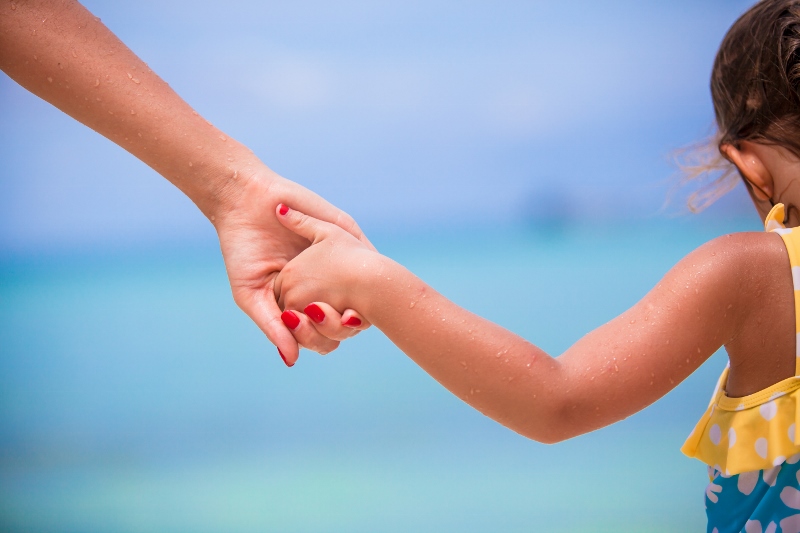 Hong Kong is a signatory to the United Nations Convention on the Rights of the Child.

Harbouring doubts about our exit plan

Hong Kong, 20 October 2021: Having lived in Hong Kong for 40 years, I’m sometimes guilty of being blasé about this wonderful city’s unique appeal. Boasting an exotic blend of ancient and modern, East meets West, downtown bustle versus country park tranquility, there is nowhere quite like it. And it appears many people agree, given […]

By Insurance and Personal Injury Team Hong Kong, 19 October 2021: Parties involved in long-running personal injury cases have been warned that the courts will no longer tolerate unacceptable delays that result in even straightforward claims taking years to resolve. In particular, the courts will be prepared to impose sanctions on costs against anyone who […]

Hong Kong, 15 October 2021: Steve Vickers is our guest in the latest episode of our Law & More podcast. After serving as a senior officer in the Royal Hong Kong Police Force, when he led anti-triad operations and resolved numerous kidnapping incidents, Steve transitioned to the world of business. He is founder and CEO […]

Logical thinking is being blown away

Hong Kong, 13 October 2021: Just four days after Hong Kong endured its first typhoon of the year, our city is being doused by a second one. Last Saturday, Tropical Storm Lionrock brought typically violent winds and torrential rain, causing the No.8 signal (the third-highest level of alert) to be in force for 22 hours, […]

Hong Kong, 12 October 2021: After a two-year wait due to the global pandemic, Boase Cohen & Collins was delighted to attend an in-person gathering of Ally Law firms last week. Partner Susan Cheung (pictured, second from left) represented the firm at the meet-up on the Greek island of Crete, joining attendees from Ally Law […]