One for the next Chief Justice’s in-tray

The appointment of Mr Justice Andrew Cheung as Hong Kong’s next Chief Justice is welcomed by Boase Cohen & Collins Senior Partner Colin Cohen, who politely suggests one of his priorities should be the fast-tracking of modern technology into our court system.

Hong Kong, 27 March 2020: Two major announcements this week may be considered, in their differing ways, to herald something of a new era within Hong Kong’s Judiciary. The first concerns a change of leadership, the second addresses the issue of modernisation.

On Tuesday, our Chief Executive Carrie Lam told assembled media that Mr Justice Andrew Cheung would be this city’s next Chief Justice, praising him as a man of “high integrity” and “exceptional qualities”. Mr Justice Cheung, currently a permanent judge of the Court of Final Appeal, will take over from the hugely respected Geoffrey Ma, who has occupied the position for more than a decade and will soon turn 65.

I have known Mr Justice Cheung for almost four decades, having taught him as a PCLL student at the University of Hong Kong in 1983, and have followed his subsequent career with interest. In offering my congratulations, I must say it is an excellent appointment, in my view. Mr Justice Cheung has a sturdy reputation within the legal profession and beyond, being regarded as a solid judge with good jurisprudence and someone who is generally friendly and welcoming to visitors to his courtroom.

In reacting to his appointment, certain media have focused on some of his past judgments or comments he has made and have labelled him “conservative”. I have never really subscribed to the idea of judges being conservative or liberal or any other description which might hint at a certain leaning when considering matters of law. You should examine each ruling on its merit and, if you do this, it is clear Mr Justice Cheung’s vast experience and firm standing within the legal community make him an ideal choice. I am confident our Judiciary will remain in highly capable hands.

We have almost 10 months to say thank you and farewell to Mr Chief Justice Ma, a man who has guided the Judiciary through some turbulent events in Hong Kong’s recent history and always with immense gravitas, realistic perspective and, on occasion, a welcome sense of humour. He has always been reassuringly benevolent and scrupulously fair on the occasions we have represented our clients in his courtroom.

As it happens, Mr Chief Justice Ma had the stage to himself in this week’s second major announcement, this one concerning the Judiciary’s efforts to process cases in the midst of the Covid-19 pandemic. Hong Kong’s courts have been generally closed, barring urgent hearings, since 29 January. They were supposed to reopen last Monday but, in light of a fresh surge in confirmed coronavirus cases in our city, this move was put back a further two weeks.

In a communique on Wednesday, the Chief Justice revealed the general suspension had affected almost 18% of the annual caseload of the courts at all levels. He stressed the Judiciary was working tirelessly to resolve the issue and cited instances of judges proactively managing cases (for example by giving appropriate directions) and making determinations on paper (thus avoiding the need to have parties physically present in court). And he confirmed “the judiciary is actively considering expanding the scope of hearings (beyond just urgent or essential matters) by hearing submissions by telephone, by video-conferencing or similar means of visual aid and generally making use of technology”. In saying this, he stressed the need to abide by applicable court rules and procedures and cautioned that IT security issues should be addressed.

I have long argued that Hong Kong lags behind in the use of video conferencing and telepresence solutions in courts. Other jurisdictions have demonstrated how technology provides time-saving and cost-effective alternatives to travel and in-person interactions between all parties involved in legal proceedings. In emergencies such as the current pandemic, such technological innovations really do become essential. In Hong Kong’s unique situation, where our court system is already bottlenecked with cases arising out of some 7,000 arrests made during the recent protests, the need becomes even more critical.

It is worth noting that the UK government addressed such issues head-on in emergency legislation – the Coronavirus Act 2020 – which was rushed through Parliament this week. Among sweeping temporary powers being granted to the police, medical services, local authorities and various other public bodies, the use of video and audio technology is being widely extended in courts and tribunals. While video is already used in some instances, the new arrangements permit the operation of fully video and video-enabled courts so that proceedings can be conducted with all parties at remote locations.

One assumes Hong Kong’s Judiciary will take rapid steps in this regard during the remaining months of Mr Chief Justice Ma’s tenure. It will then be up to his successor to further ensure that our Judiciary, famed for its strength and independence, also becomes acknowledged for its innovative approach to the use of technology. 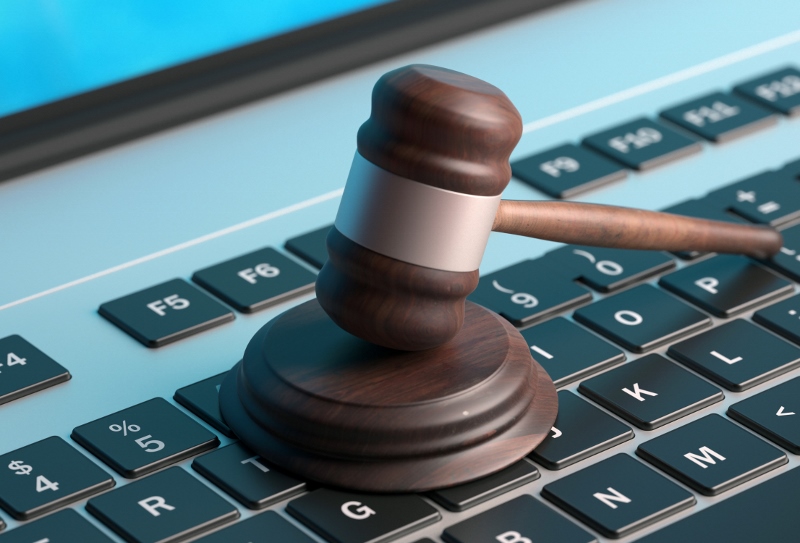 Courts in other parts of the world are making extensive use of IT solutions.

Game of chance for unhappy campers

Vicarious liability: what next for Hong Kong?

By Insurance and Personal Injury Team Hong Kong, 10 May […]

Employees and vaccination – a complex issue